ANA-FUNAI Partnership
bridging the gap between town and gown 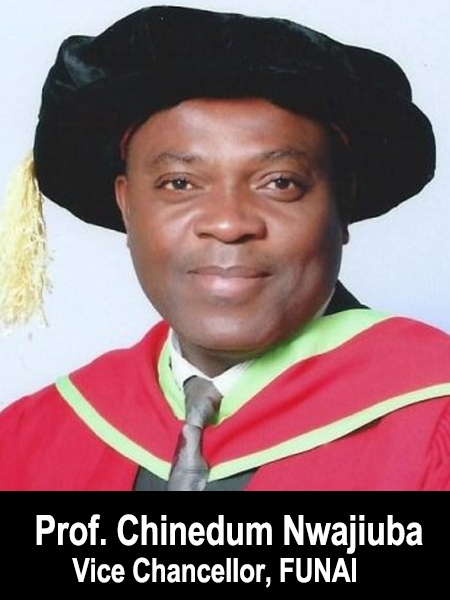 The Alex Ekwueme Federal University Ndufu Alike Ikwo (herein after called AE-FUNAI) is one of the twelve new Universities founded by the Nigerian Federal Government in 2011. AE-FUNAI started academic activities in 2012/2013 academic session under the leadership of the pioneer Vice Chancellor, Prof Oye Ibidapo-Obe. In 2016, Prof Chinedum Nwajiuba took over as the Vice Chancellor, and since then AE-FUNAI has experienced gigantic leaps in the development of infrastructural, research and human capacity projects. As the home of “soaring eagles,” AE-FUNAI’s vision is to become a vibrant centre of learning and research that will be reputable nationally and internationally.AE- FUNAI aims to be a hub for the economic transformation and development of the region, thus it passionately nurtures the spirit of entrepreneurship and self-reliance as can be seen in the partnership agreement between AE-FUNAI and the Association of Nigerian Authors. 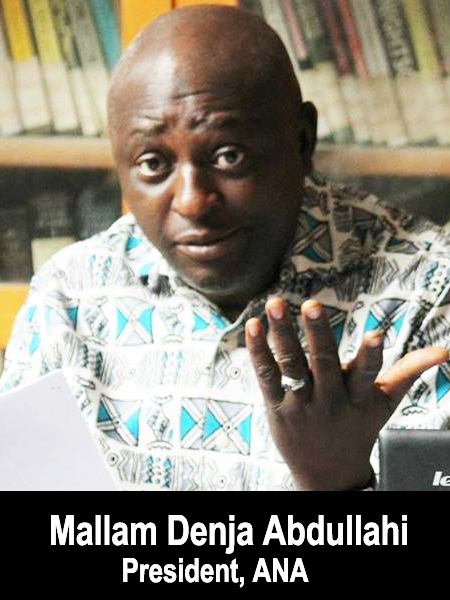 Founded by the late Chinua Achebe on 27th June 1981, the Association of Nigerian Authors (hereafter called ANA) is the umbrella body that caters for the interest of all the creative writers & critics in Nigeria. Thus it is the foremost professional body for all creative writers and critics in Nigeria. With branches in almost all the states of the Nigerian federation, ANA’s National Executive Council, currently led by Mallam Denja Abdullahi, has the major responsibility of evolving, as well as coordinating most activities of the Association, both at the state and national levels. In order to sustain and successfully implement most of its promotional programmes, the Association has sought and operated different partnership packages with respectable corporate bodies and individuals from both within and outside the country. The present partnership with the Federal University Ndufu Alike Ikwo, is one good example of partnership that is poised towards sustained collaboration in bridging the gap between the professionals in the Ivory tower and those in the industry. This is a common vision that is passionately shared by the two leaders - Prof Chinedum Nwajiuba, Vice Chancellor of FUNAI and Mallam Denja Abdullahi, the President, Association of Nigerian Authors.

Each age demands different things from literature, so our criticism, from age to age, will reflect the things that the age demands. (T.S Eliot)

The twenty-first century in Nigeria has witnessed an avalanche of creative writing in all the genres of literature and beyond. More than ever before, this period has shown that creative writing and critical practices offer greater possibilities for social re-engineering and meaningful mediation in public spaces. This expansion is witnessed in the steady growth of the list of names of Nigerians associated with national and international acclaim. Equally expanding, are the writers’ use of neo-stylistic techniques in the pursuit of diverse visionary goals as well as re-conceptualizations of the ideas of the state of the Nigerian nation, nationhood, politics, migration, governance, leadership, gender, sex, sexuality, new technologies, the new media, internet and the environment. Also pertinent to the vision of contemporary Nigerian writers is the re-assessment of the meaning and construction of relationships between individuals (from the same country) when found outside their country, as well as the different needs for interacting with various nations around the globe. These have led to re-definition, re-negotiations and re-construction of new identities of the self and the nation.

The “Expanding Frontiers” conference provides scholars the opportunity to articulate as well as interrogate these new trends and the stylistic evolutions of Nigerian literature in the 21st century. Specifically, the conference aims to answer questions such as (but not limited to):

Interested contributors should register and submit abstracts (which may be comparative in approach) of 250 to 300 words to our conference portal - www.ana-funai.megaconferences.com. Workshop participants are expected to register online at the same website. Deadline for submission of abstract and early bird registration is May 2018.

Registration at the gate

Conference attendees are eligible to attend the workshop.

Creativity workshop series is conceived as a medium for offering skill training to generality of interested people, who might have deep interest in developing their creative skills, but do not necessarily hold graduate degrees in these areas. As the global market clamor more for skill proficiency over the existing dross of paper knowledge, it becomes imperative for Universities and professional bodies to pave the way in developing avenues and creating seamless opportunities for knowledge transfer in the area of skill acquisition.

Four workshops shall hold simultaneously within the period of the conference. These workshops shall, among other things, provide for professionals and distinguished writers to engage younger writers in creative enterprises. These workshops, which shall be participatory in nature, shall enable participants to gather skills in the following areas:

Registration at the gate

Register early, and save more!
Deadline for submission of abstract and early bird registration is May 2018.

This conference uses the megaconferences platform for conference/workshop registration and submission of abstracts. If you already have an account on megaconferences, or wish to make payment using a Payment Code, then click any of the buttons below.

If you are just starting your registration for the first time, please fill the form below. Please contact the site administrator/webmaster - 0705 075 9344 / support@megaconferences.com for technical issues/enquiries.

Create an account for Conference Registration - Fill out your information

Registration fee shall cover participation for both the conference and workshop.

Registration fee shall cover participation for the workshop only. 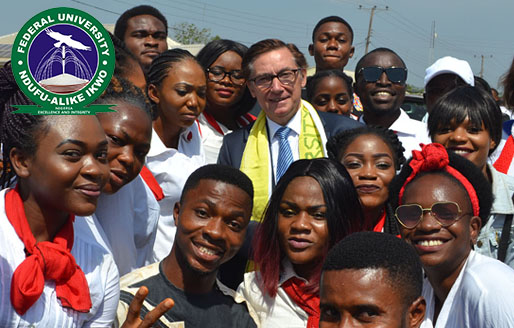 AE-FUNAI is one of the nine new Federal Universities that were set up by President Goodluck Ebele Jonathan GCFR on the 26th of February 2011 in order to expand access to quality education to all parts of Nigeria and to produce research that will support the nation’s economy and its industries. Here at AE-FUNAI, our focus is on Excellence and Integrity.

The University under the visionary and dynamic leadership of Professor Chinedum Uzoma Nwajiuba FASN, FNAAE aspires to be a world class centre of learning and research that will be reputable nationally and internationally. Website: www.funai.edu.ng

Do you have questions?

Please feel free to reach out to us. We are eager to provide answers to your questions!